Justin Hendrix Committed To The Process 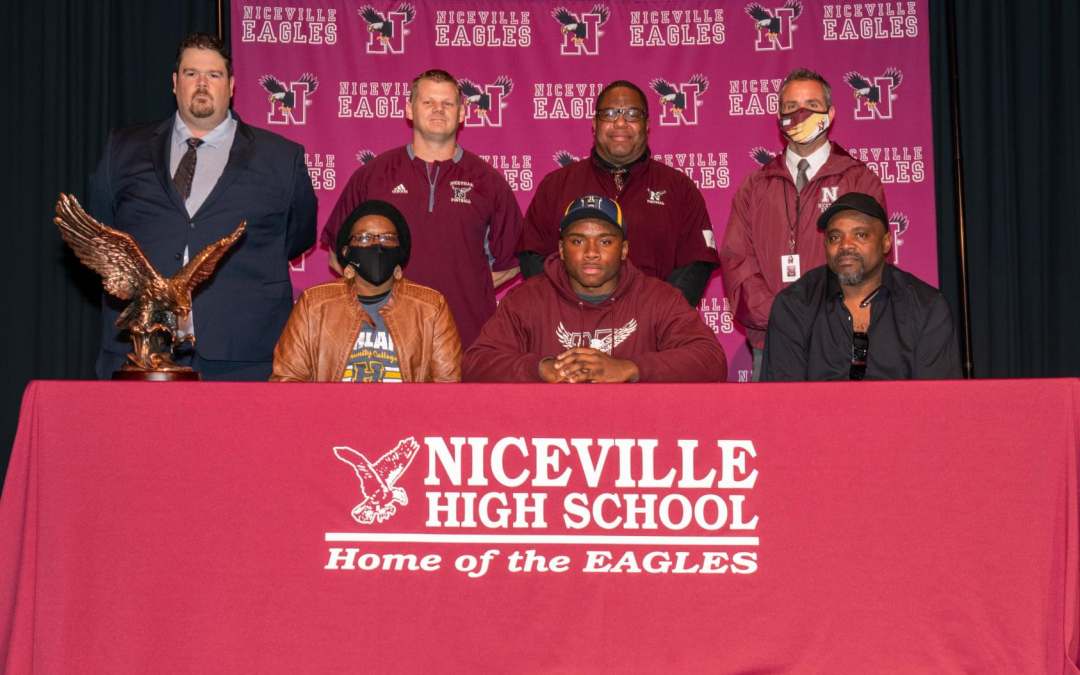 Athletes around the country are committing to their next phase in life. For many of the athletes, the commitment would come as no surprise; for a few, it would be an unexpected call.  For Justin Hendrix, this is his reality, a dream that came true because of his commitment to the process.  At 5’11 220lbs, Hendrix stands out in high school at linebacker.  However, moving from  Greenville, Alabama, to Niceville, Florida, the move would change his life and future trajectory.  As a Junior in High School, a few of his teammates trained with Coach Juan Williams, a well-known athletic speed trainer in the area. Coach Juan helps athletes build strong foundations outside of sports while increasing and encouraging their athletic ability.  While in the training session, another athlete mentioned Justin Hendrix and said Coach, you need to meet him. After Coach Williams inquired about him, he would soon meet Hendrix. During their first meeting, Coach Williams noticed something special about Justin and built a relationship. Justin stayed with Coach Williams during the holiday breaks to watch film, train, and learn life lessons. ” Not only did he work hard, but he also stayed longer to help, Coach Williams.”  As a Junior, he would have forty tackles, and as a senior, he would have sixty-three tackles. With those numbers playing at the level he does, one would think this kid has colleges everywhere willing to give him an opportunity.   After playing in the Dream Bowl, All American game, Hendrix would inquire more about college and playing football at the collegiate level.  Coach Williams would reach out to Tracey S. Maxwell for advice to help with Justin’s recruitment. Maxwell has been instrumental for over twenty years in helping kids get into college and finding scholarships.  After a few phone calls, Justin Hendrix would receive an offer to Highland Community College #scottienation. All the hard work that was put in day in and day out combined with sacrifices was rewarded on National Signing Day. Justin Hendrix officially committed to Highland Community College to play football.